ClassCraft is a website which offers a levelling system for characters and abilities for students to interact in class. The post is in English as most users of ClassCraft don’t speak Dutch. I am going to use ClassCraft in three classes the upcoming school year. I teach English as a Second Language at a Dutch grammar school. This means my students perform above average compared to peers of similar age. My students are aged 12-13 and will have their first year at my school. The students have multiple subjects taught by several teachers. They only have two hours of English per week, which means 50 minutes of teaching time per class. I will be the only teacher using ClassCraft. I have the approval of my superiors to use ClassCraft for my students.

Our system divides the year into four modules. Each module closes with a test week. In the standard situation they would get up to two marked quizzes per module.

Most students will have a smartphone, though some will not have enough memory to install the app. We have computer rooms, but I need to reserve them. Students don’t have tablets or laptops. So, usage of computers is limited. I do have a Smart board at my disposal in every classroom.

I already have an XP system for my students to get XP from assignments to form a final mark each module. XP can be gained from LMS assignments, in-class work, quizzes and short tests.

I want ClassCraft to exist next to this system. XP gained by the ClassCraft system has no effect on their marks. This XP will only help them level. I already used the term ‘XP’ in my own system, so I will rename that to MP (Mastery Points). Students can get both Experience as well as Mastery Points for assignments. This will give me the opportunity to hand-out XP more freely and keep the MP for mastering English only. Having only 100 minutes per week to use ClassCraft I need to make sure the whole year remains interesting. I have subscribed for a year to get all the options of the game. I have already experimented with a free version last year for about two weeks.

ClassCraft characters can get to level 18. When characters have reached level 18 they can acquire all gear (if they have the gold for it), all pets and all skills. I have to divide these levels evenly over the year. I have kept the levelling at 1000 XP.

There are four modules. I want to give my students a kick start in the first module so I have come up with the following schematic:

These numbers are not set in stone, but they give me something to work with. If a student, for example, reaches level 7 in module 1 that would fine.

Module 1 has nine weeks, so that means roughly 6000/9= 670XP per week to spend (not taking into account the XP gained by collaborative powers). As there are two classes per week, that’s about 335 XP per class (or homework for that class).

AP
I keep the standard Action Points for each character (Mage 50, Warrior 30, Healer 35). They regain 5 AP per day. That means they can spend 35 AP per week on Powers. It is enough to play most powers each week, but too few to make sure some choices have to be made. When the higher level powers come more into play, I may increase the amount.

HP
I have added “-5 HP per book forgotten per class” as a lot of students forget books later in the year. Gold
Students need about 320 gold coins to buy equipment in this first module. Apart from that, they can buy a toilet break (20 gcs) or they have to pay 5 gcs per cleared book before the bell has gone. Therefore, I have 320/9= 35 gcs per week to spend (a bit more to make sure there is enough for emergency bathroom breaks). I call teams Guilds and students will be picked at random. I try to make sure boys and girls are evenly spread over the Guilds. After Module 1 I will decide if I want to stick to the groups or have some changes. Guilds receive a sticker of 8cm of their Team Crest. I also use 1 cm stickers for random events.

Students get XP for various assignments. The only pre-set I have for now is “+50 for creating a good working atmosphere within the group during grammar assignments” (which is called Crafting).

I have made some changes in the Powers to make them interact more with my gamified classes. I also didn’t want students to get hints or cheat sheets during tests. Sainthood: The healer may forget a book for class for 5 AP per book.

Ardent Faith: During a MasterCraft you may double your percentage to help another teammate get to 70%.
(A MasterCraft is an individual grammar test after which team members can help each other in getting 70% correct. They do so by giving their surplus percentage to a member in need. For example, a student has 80% correct, he or she may transfer 10% to a team member who has 60%. With Ardent Faith that 10% is doubled to 20%, so she or he can help a member with 50%.)

Favor of the gods: The healer may listen to music. Hunting: The warrior can eat in class.

Ambush: The team can ask for a quick quiz to gain more XP and Gold Coins.

Counter Attack: During a word quiz you will gain 50% bonus XP for every correct answer (rounded up). If you have an incorrect answer it will cost you 5 HP per wrong answer.
(Word quizzes can be given at the start of a class on words there were to be studied for that class. Students receive MP and XP for these quizzes.)

Invisibility: The mage may avoid answering a question in class.

Teleport: The mage can trade places with any other classmate.

Time Warp: The mage can be up to 5 minutes late for class without losing HP.

Magic Circle: All team members gain an extra 5 minutes to beat a Spell Binding.
(A Spell Binding is a sentence translation test, taking about 20 minutes)

The use of Powers in class

To make sure Powers are used at the appropriate time, I have added some extra terms:

Initial – These Powers can only be used in the first five minutes of the class, but can have effect for the whole lesson, for example Teleport.

Single Use (Solitary) – Can only be used by a member once per class, but may also be used once by other similar characters.

Single Use (Collaborative) – Can only be used by one member of the team within one class.

Battle – These abilities can only be used when falling into battle.

Terminal – These abilities can be used after class or test, for example Secret Weapon. I have also created paper cards of each Power. Students receive a card when they acquire a Power. These Power cards have the student’s name on the back of the card. When a student uses a Power in class he or she has to hand in a card. I can choose to subtract the AP during or after class. Each student receives a pocket page to keep the cards in a fastener.

I use a 7” tablet to keep track of the students during class.

I have added some personal sentences: Heavy and Light Detention Work – You have to copy certain information or have to do an extra assignment. The difference between light and heavy is the amount of time you have to spend on the assignment.

T-Hour – You get a T-hour, which means you have go to the study attic for an hour after school and do schoolwork.

Cleaning duty – You have to clean the school alleys and halls for 30 minutes. If your team helps you in cleaning, you can do 15 minutes. Your teacher will inspect the end result

Cleaning tables – You have to clean the tables of one room. When all tables are clean and your teacher has checked the result, you may leave. Team members may help you doing the sentence.

Other aspects of ClassCraft

I will not use the Random Events or any other additional feature as both students and myself need to get used to the system. When I think the class is ready, I will add more features. I let my students figure out the use of pets themselves, to make sure they have something to discover for themselves. 7 gedachten over “A ClassCraft Guide for two hours per week” 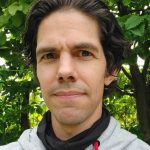